Come Out for a Visit Here to be a Lady of the Canyon. 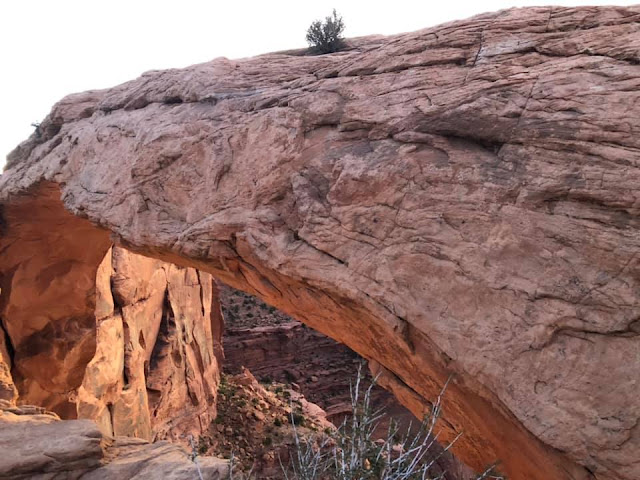 On Thursday we woke up at 5 am to drive to Mesa Arch at Canyonlands and watch the sunrise. 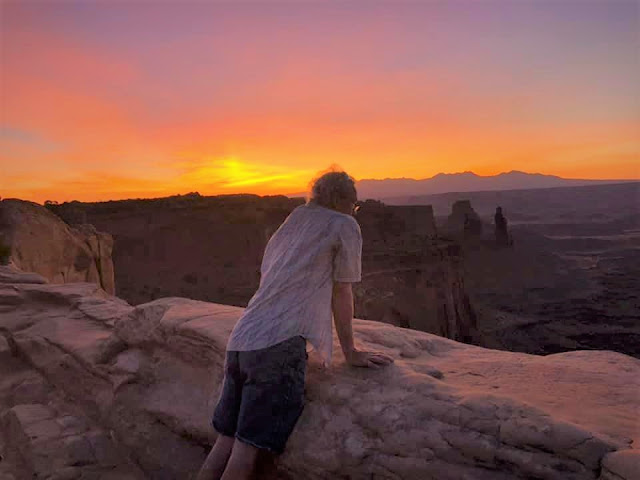 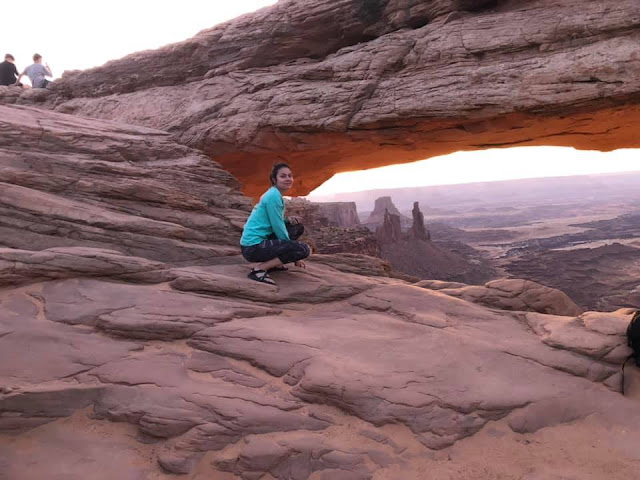 There were many, many people there for it. It is where the professional photographers stake their claims long before sunrise and the rest of us street urchins have to try and capture a small part of  the arch not showing said photographers. 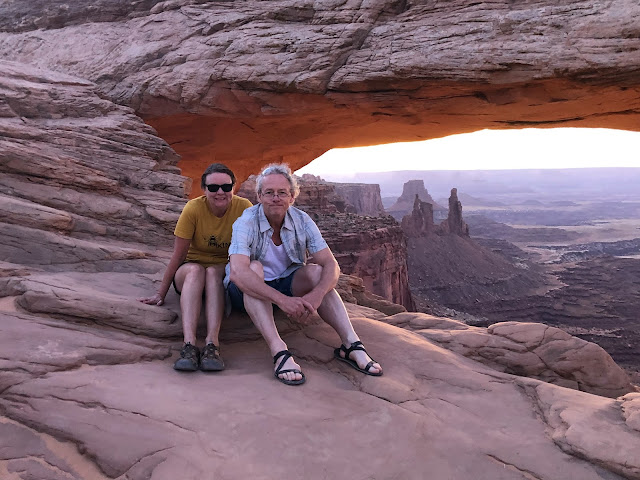 Even with that, it was still worth going and watching the sunrise at such a majestic place. 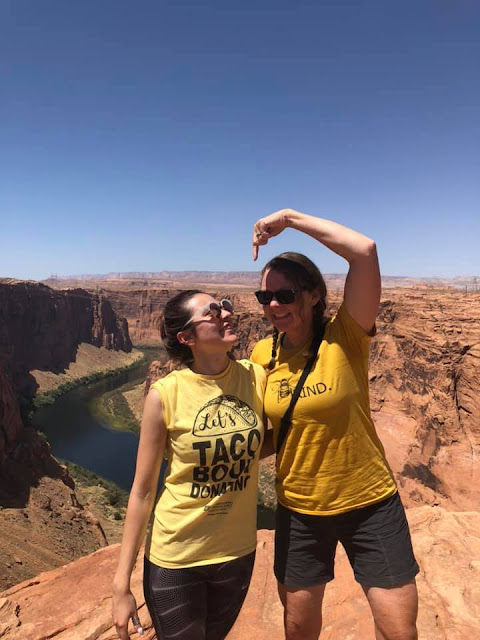 From there, we headed to Page, Arizona. 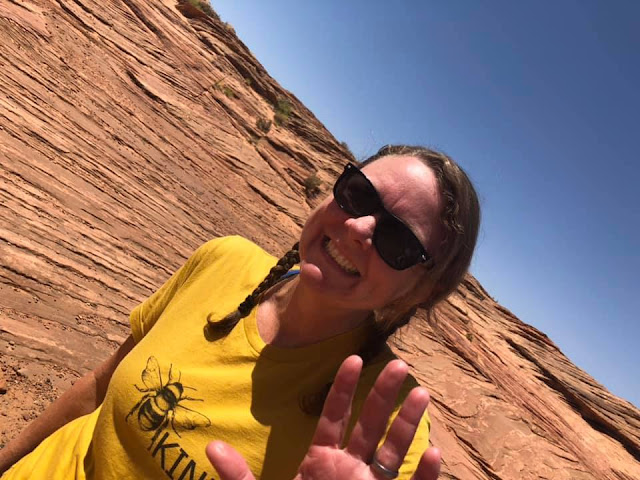 We were supposed to pick up our canoe at 2, but we got to town way earlier than we thought. Arizona doesn't have Daylight's Savings Time, and that meant we were an hour early. 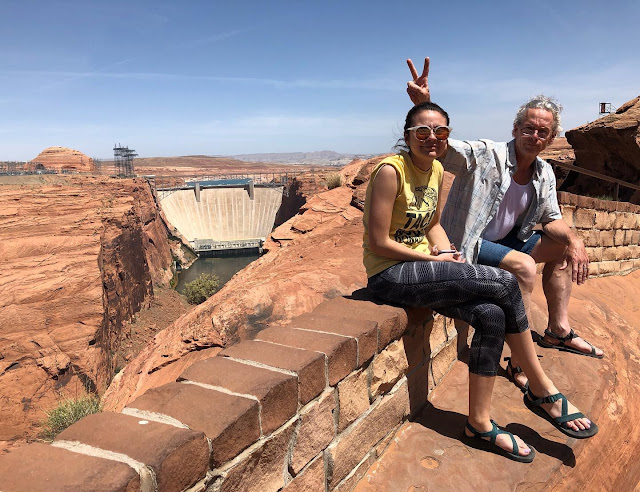 We decided to check out the huge dam that created Lake Powell. Everything in that area is incredibly beautiful. 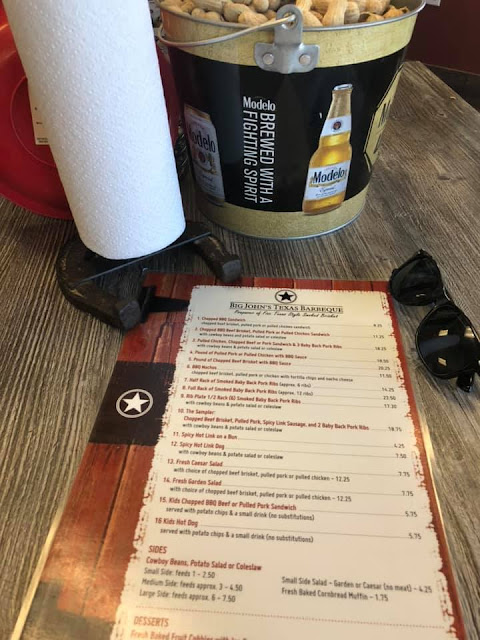 We stopped at Big John's Texas Barbeque for lunch and it was delicious. 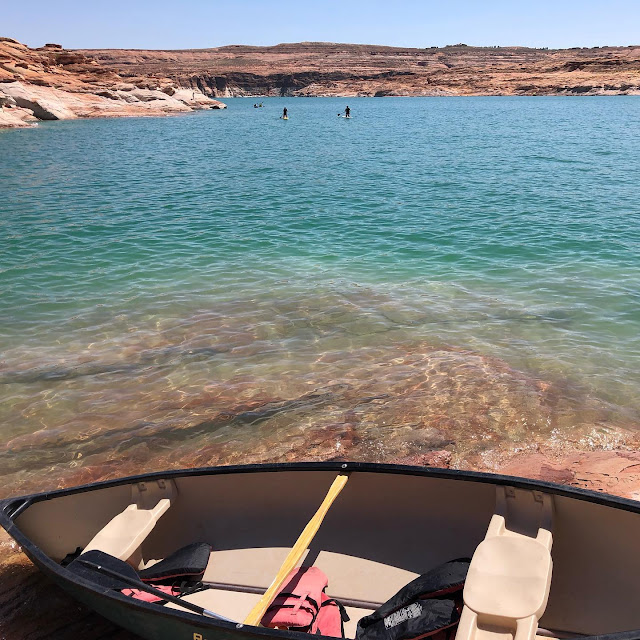 Since we weren't quite sure what else to do, we went to the canoe rental place to see if they'd let us take ours out an hour early. Apparently, that was no problem. 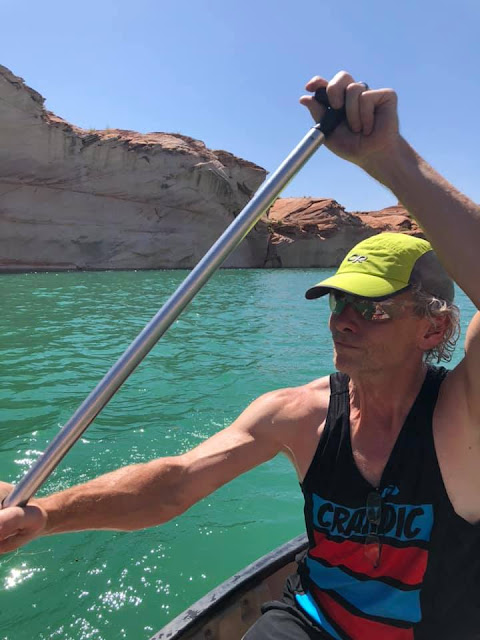 I had heard Lake Powell was a great place to canoe or kayak with cool slot canyons to paddle into. 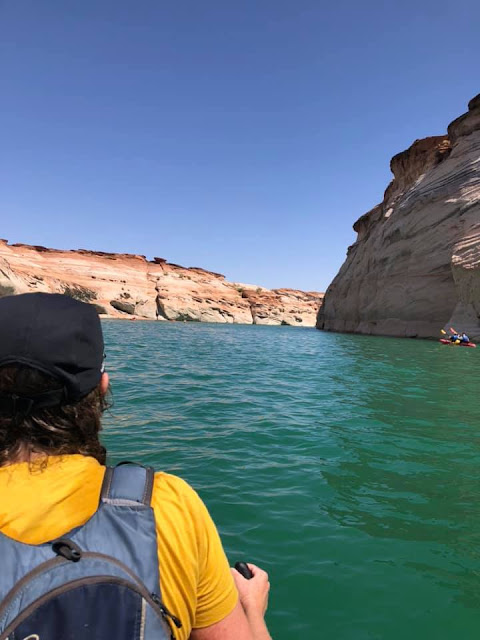 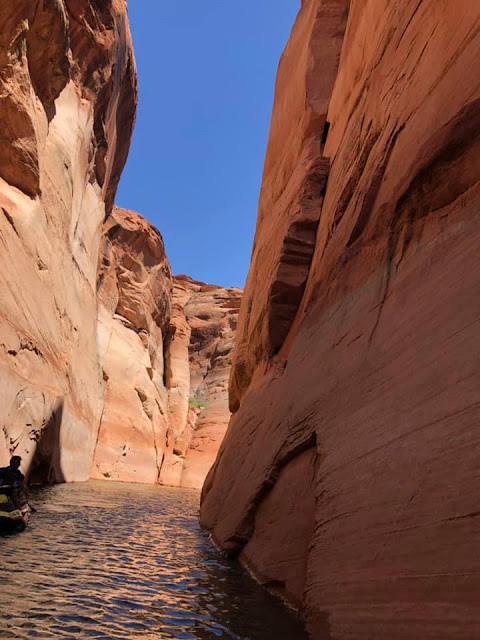 We paddled our little hearts out. The lake part had lots of speed boats and wave runners that really rocked our canoe around. 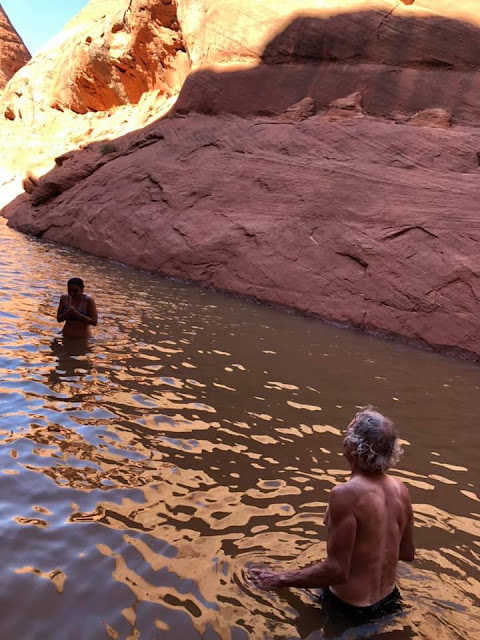 Since it was pretty long, we stopped a couple of times at little inlets to swim and the water was so perfect. 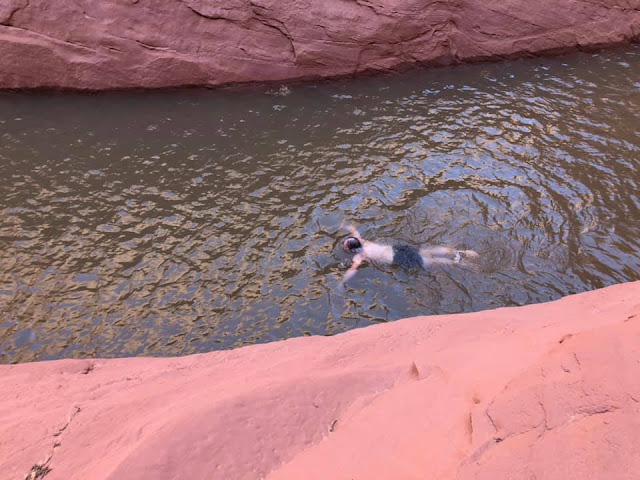 Eventually, we hit the slot canyons and they were so cool! The big boats weren't allowed in there, because they wouldn't be able to turn around, so the water was nice and still. 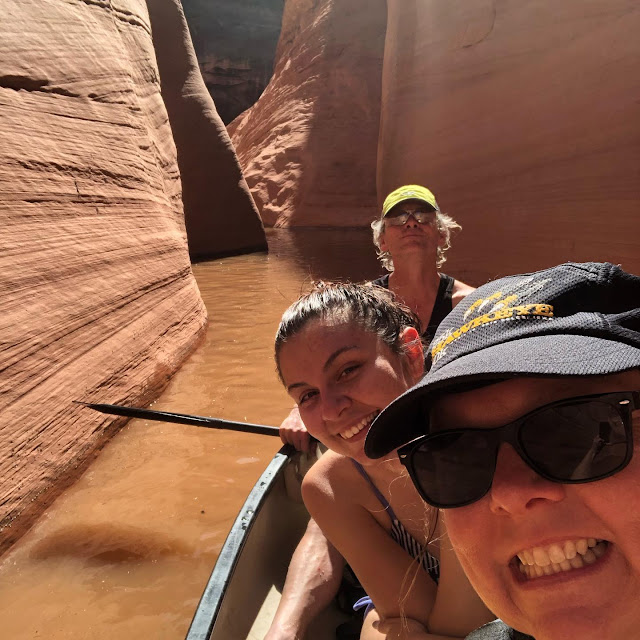 We could touch both both walls at the same time. 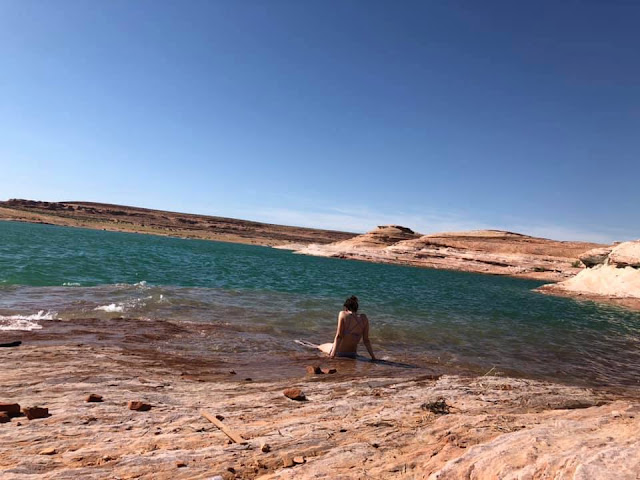 Of course, the wind was against us on the way back, so we got pretty damn tired. We stopped one last time at a good swimming spot before heading back to the boat ramp. If you ever get to Page, Arizona, I highly recommend doing this paddle. It was so worth the price of the rental. 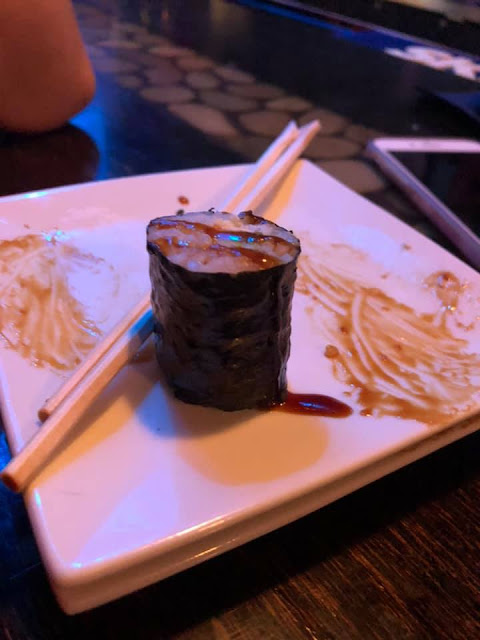 We were getting tired of pub grub, BBQ, and Sothwestern/Mexican food, so we decided to go to a sushi place that got good reviews for dinner that night. The food was really good and it was a nice change of pace. We wanted to check out Horseshoe Bend afterward, but since there was no daylight savings time, it got dark an hour earlier than we were used to, and we couldn't go.That's okay. We were super tired anyway. We weren't going to be able to see everything, no matter how hard we tried.
Posted by Churlita at 4:07 PM