Every now and then I like to go back to the early days of my blog and check back at what I was doing around this same time that year. This post happens to be from January 20th, 2006. Wow! That was over 15 years ago. Anyway, what I was doing back then, apparently, was being all nostalgic. Soooooo, not much has changed since then.

It's weird to think that this was only a few months before the Iowa City tornado hit our apartment. Being from the future, I know how it all panned out after this post too. 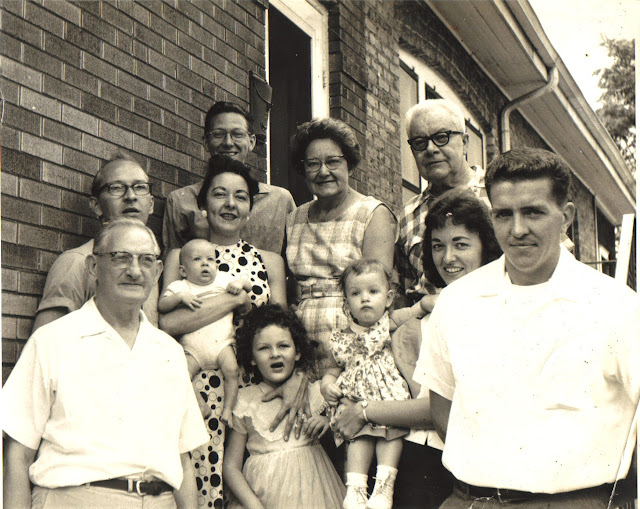 Here is a picture of my mom's family taken at my grandparents' house on the Southside of Chicago. I'm assuming it was late 1964. That Alfred Hichcocky looking baby is my brother and he was born in March of 1964. My mother was pregnant with me when this was taken.

It's weird to look at these old photos and see everyone looking so hopeful, but already knowing how it all panned out. Don't you wonder if they would have done anything differently had they known the way things would end up? I ask that about myself when I was younger too. If I had any idea, would I still have made the same choices? I've always been kind of a dumb-ass when it came to learning those harsher life lessons, so probably. I'd like to think I would've at least been smart enough to have worn a very sturdy helmet to protect myself from all the times I hit my head against the same brick wall.