A Celebration, Mr Blue Sly's up There Waitin', And Today is the Day We've Waited for 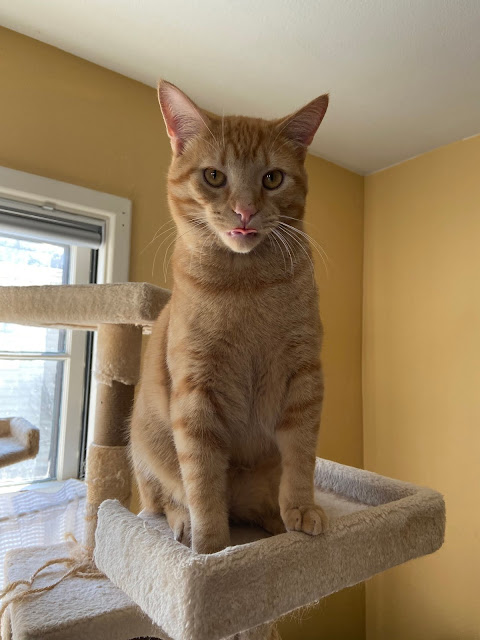 Well, kids. this is historical (for me) (maybe), but I haven't had a migraine, and I've only taken Advil once in nine days. I can't even remember the last time that happened. My body, in particular, my kidneys feel so much better. I have no idea how long this will last, but I intend to appreciate the hell out of it, and see what I can get done while it does. 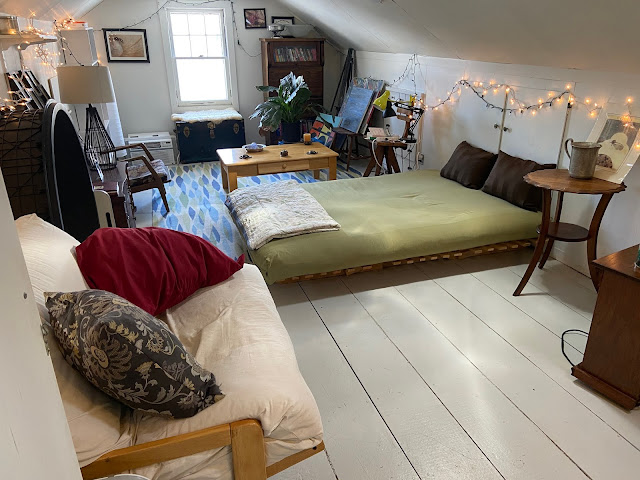 This weekend is supposed to be even warmer than last weekend. I'm hoping to ride outside as much as possible. Last Saturday was so nice, I almost forgot how great it was to ride outside. Our toes got a little cold, but it was totally worth it for a forty mile ride outside to North Liberty and back.
Without the migraine, I also got another Saturday project done. I've been trying at least once a week to clean and organize the hell out of one room in the house. Last Saturday I chose the dormer room. As you recall, when I first bought this house, the dormer room had ugly brown carpet, but that was okay, since Stinky lived up there and she was a slob, and that ugly brown carpet was just going to have used Snapple bottles stuck to it anyway. After she finally got her own place, I did an overhaul of the space. I pulled up said ugly brown carpet, and found old wide plank board underneath. They had the lumber yard name stamped on them and were pretty rough. I just sanded them down and painted them a light French Gray, and then we used John's old mid century chairs and his army chest, and some of his mom's family's lovely antiques and put a few futons up there in case people came to visit, and we had our eclectic, funky studio/reading room/kitten sanctuary. Of course, now that Stinky lives in Des Moines, but comes back here on weekends to work in the O. R., she's using the room again. So far, now that she's older, we haven't had to worry about the Snapple bottles...At least, so far. 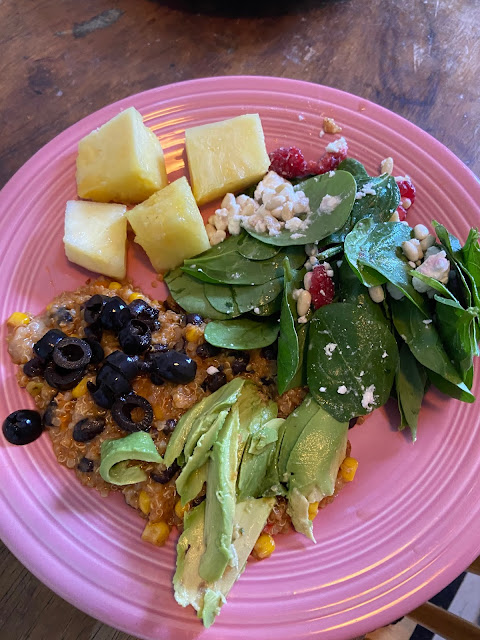 I know I whined about how much weight I've gained during Covid/Perimenopause, so now that it's getting warmer and I'm faced with how pasty and fat I'm getting, I'm trying to be better about eating better and exercising more. Last Saturday for lunch, we had some left over quinoa enchilada bake, so I heated it up, split the one large helping into two, added some spinach salad from the night before and topped it with avocado, fresh jalapenos, and black olives, and we had pineapple chunks for dessert It was really good, and the portions were smaller, and it almost kept me from getting too hungry during our 40 mile bike ride. 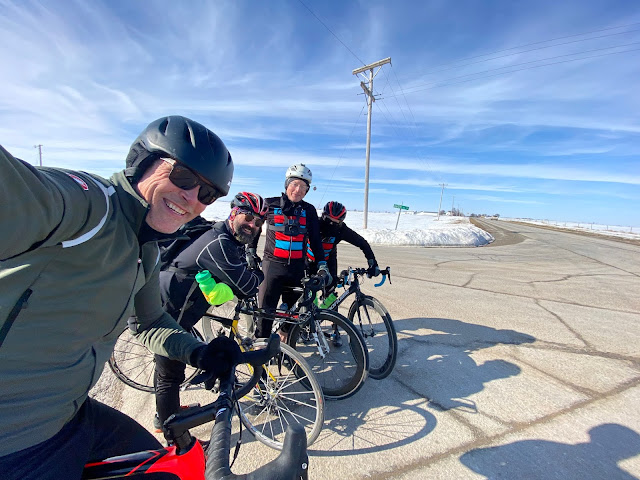 Since it got up to 48 degrees, we decided to ride the Lone Tree Loop. It is a 40 mile, mostly flat bike ride that goes from Iowa City, through the country, and then through Lone Tree (where John's dad's family is from), and back to Iowa City. I love that ride, especially when I'm heavier and not happy to pull all this extra weight up hills. 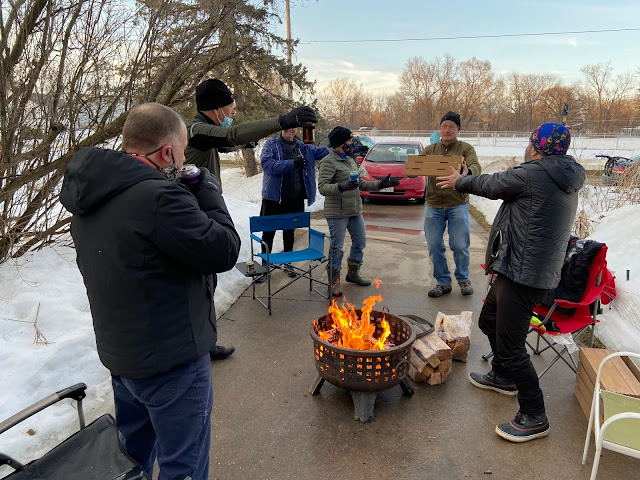 When we got back to town, we were going to try to go to Shakespeare's to eat and have a beer. We won't eat inside because we're old and don't want to catch the Covid. They hadn't cleared the snow off of their beer garden. We tried Big Grove next and they were ridiculously packed.

We decided to get some beer and fire wood, and order pizza from The Wedge. It turned out to be way better than going to a beer garden to eat, and so much cheaper. 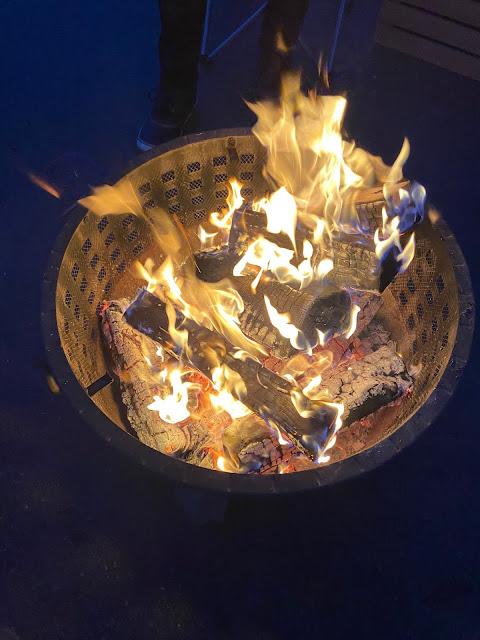 As you all know, I lllllooooovvvve a fire. 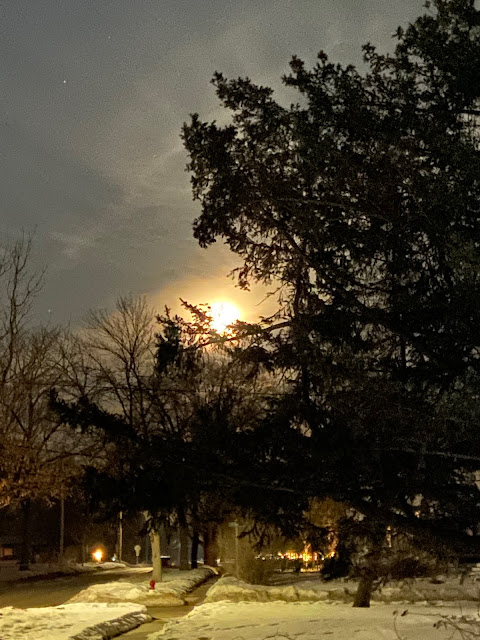 We ended the evening watching the Snow Moon rise over the trees as the fire died out. We packed a lot into that one day. I'm hoping tomorrow is even half as much fun.

Great for you for feeling well and enjoying the outdoors! I'm in menopause for 9 months now and it's kinda awesome.