A Straight Line Exists Between Me and the Good Thing 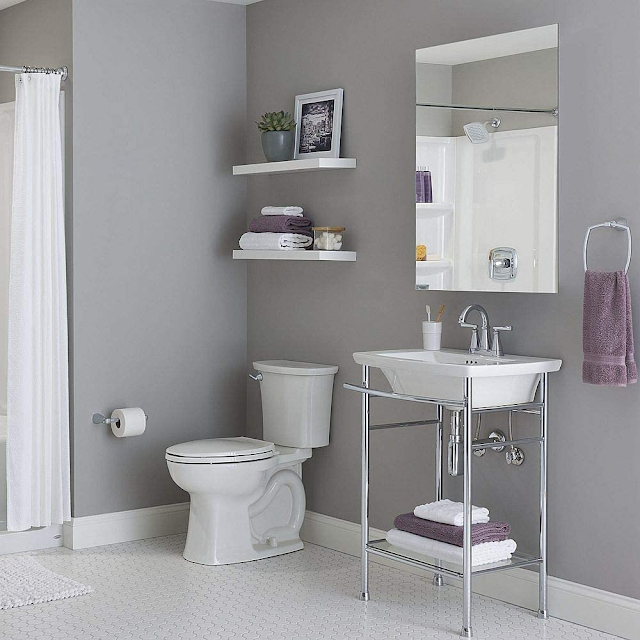 Okay. So, it's been a while since I've written. I could give you a million excuses, but who cares. Right?

Instead, I'll just pretend that I've been keeping up with my blog this whole time and get right to the super (not) important thing I'm going to talk about today.

As I always say, we could and should be working on our house all day, every day, for the rest of our lives, but we don't have the money or the time. We almost always choose playing outside to working inside. Big picture: If I died in a car accident tomorrow, would I be glad that I spent my last day tiling my bathroom, or would I be glad that I went on a fun bike ride instead? Also big picture: If I live another twenty or thirty years, would I be glad I finally tiled my bathroom for a couple of days and skipped a bike ride or two? Yes. Yes, I would. Sometimes it's really hard to weigh my priorities.

Luckily for me, I may not have to do so much. Last Friday my brother contacted me to see if he could come and stay with us for up to a week and work on some of our house project while we're at work. WUT?! Of course, he can stay and do all of that. What a gift.

Our kitchen is almost done. We still need to install a vent hood over our oven. It will be so incredible to have a light above our stove, so I can actually see what I'm cooking. My brother will have to cut into our house to install it, which, to me, sounds absolutely scary and impossible, but he doesn't think it will be that bad. Hmmmm. He also said he would put on the baseboards in our kitchen after we tiled the floor last year. Then we'll be mostly done with the kitchen. Yea!

My brother also said he would work on some things in our bathroom. We have a shower surround that is DISgusting, and we talked about just buying a new surround for it, but as John said, "Do we really want to bring a gigantic piece of plastic into our house?" We really don't. My brother said he would replace the surround with subway tile for us, and we are thrilled.

We thought we might replace our sink too. Our current sink is a very tiny pedestal sink, and I wanted the cool, 1950's style sink in the photo above. Because our bathroom is so dam small, we had to measure out the sink dimensions and see if it would work.

Of course, I cannot visualize how the whole sink would fit just by pulling a tape measure out. So, John being the sweetest husband that he is, made a model of the sink on top of ours, so I could have a better feel for how much space it would take up.

I'm going to go ahead and give you a trigger warning before you scroll down any further. Our bathroom is awful and gross (Which is why we're renovating it). 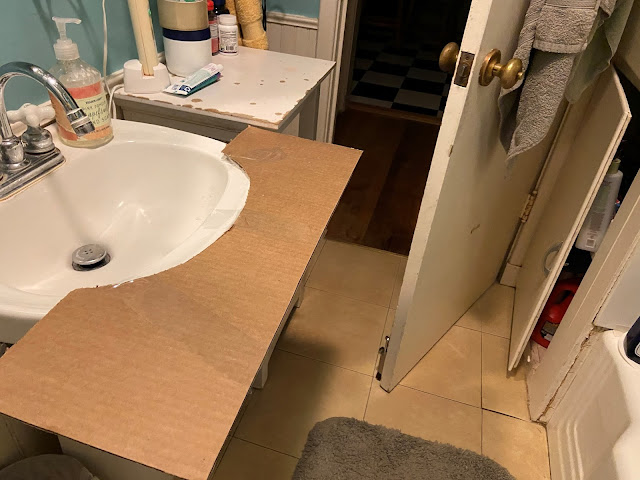 So, here is how far the dream sink would stick out, if we bought it. Which means, it's too damn big. Wah. 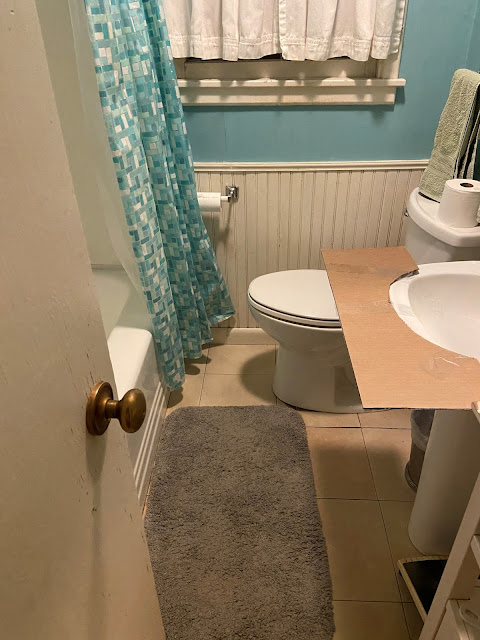 We still aren't sure if we'll get a new sink at all. There are a million other things we could spend money on in our one and only bathroom, so we may just leave well enough alone, and do the five million other bathroom projects that are way more pressing.

Since I punished you all with the before shots of our gross bathroom, I promise I will show you some afters, and I'm sure we're all hoping for a HUGE transformation.

I thought the first picture was your bathroom - I was all like damn Tara and John been really getting it done ! Good luck with your projects - so glad your brother is going to finish a few off - although I think he just wants you to have more time to play

I wish that first picture was my bathroom. We would have so many more options for sinks. Right now we have to get one of the smaller ones, and not the one I want. Wah.