Working 9 to 5, What a Way to Make a living, Barely Gettin' By, It's All Taking and No Giving 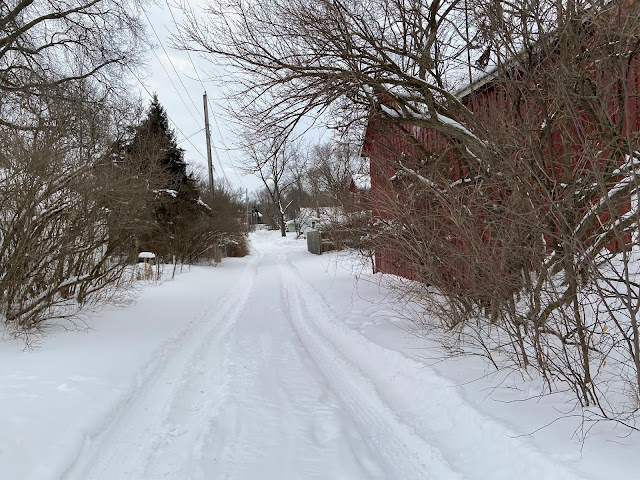 Well, kids, it's been a minute. I guess this is the first time I've written this month. Bad, Churlita. There are so many things to blame it on: migraines, bone chilling cold, Winter doldrums, migraines, migraines, oh, and migraines.

Anyway, did I mention it was cold out, and I've been having tons of migraines? Yes, I believe I have mentioned that. 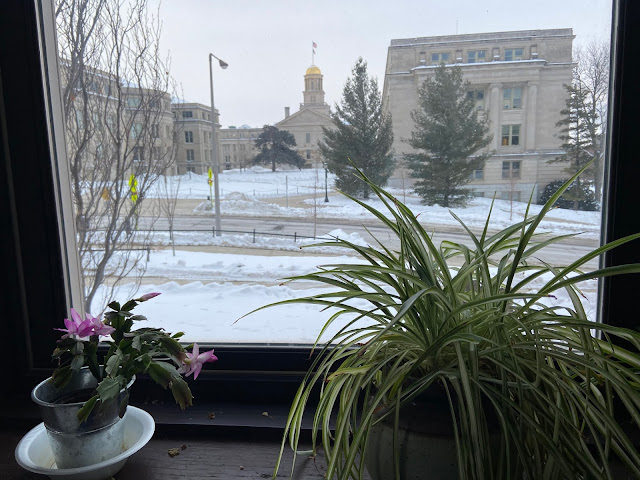 Okay. So, I worked in the office last week. I only have to go in on Tuesdays and Thursdays every third week.I was a little nervous because there have been a couple of cases of that aggressive strain of Covid reported in our town. It turns out that I had nothing at all to worry about. I had exactly one person come into the office each day I worked. I'm sure the -35 degree windchill wasn't exactly luring people out of their houses and into our office.

The hardest part about coming back to work, was that when I got there, both my mouse and my fan were missing from my desk. Our big boss got a new assistant right before the pandemic, and I don't think she quite understands how it works in our office. First of all, she took said items, and then put them in her office and locked the door to it. Lucky for me, I had a master key, so that I could go in there and retrieve them. Most people are working from home now, and mouses (mice?) are hard to come by, and it's not like the the university equips us with fans. The fan I have was originally passed down from a woman named Juanita who retired in the early 2000's. She gave it to my other former co-worker, Juli, who handed it down to me when she retired in 2018. I had to work here 17 years before I inherited that. There is seniority, blood, sweat, and tears involved with acquiring that fan. Outsiders just don't understand. Now I might have to go watch "Office Space" before I go back to work in the building again, so I'm reminded that someone gets my working life. 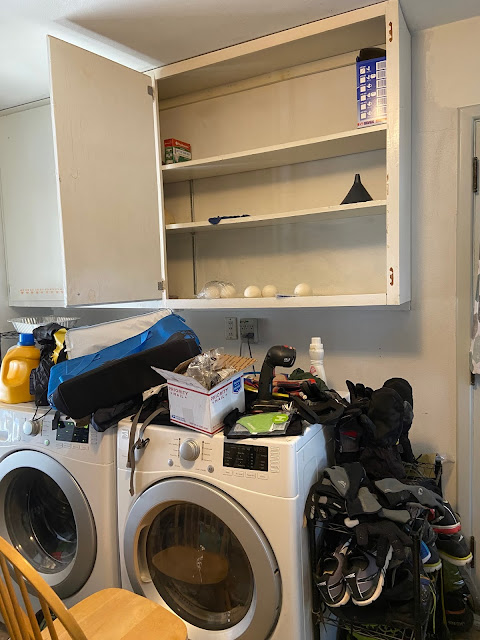 This has been like the third, or seventy-fifth week in a row of arctic temperatures in Iowa. They say we might actually get up to 30 degrees by next weekend, but that sounds like some kind of crazy, made-up, fairy tale to me right now.

I know I always say this, but I suppose it's good that the weather gets shitty and we can't go out to play  sometimes, or I wouldn't get anything done around the house. This weekend, I worked in the laundry/mud room. We have tons of shelves in there, which is great for storage, but it's also too easy to just keep throwing crap up there and forgetting about it. Last Saturday, I just took everything down from each shelf, and cleaned all of the shelves, threw away a ton of stuff, and then actually organized things. We had about three different bottles of bleach, because they were spread around and we'd think we were out, and buy a new one.We'll see how long it stays all neat and tidy, but I will enjoy it while it lasts. 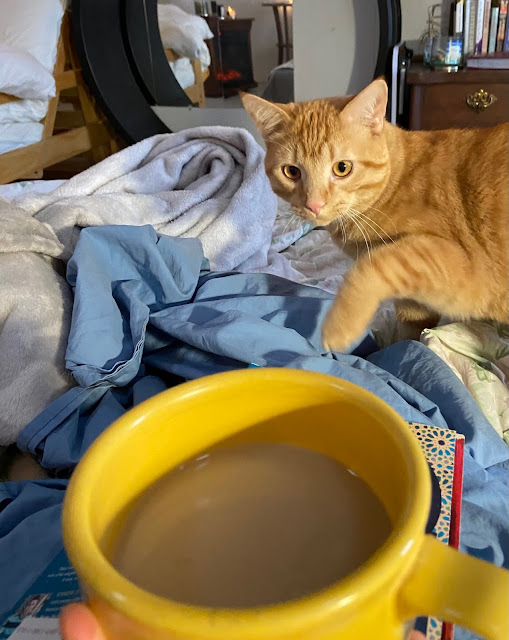 I will leave you all to go snuggle my kitten, and keep him away from my tea...The little bastard. I hope you all survive this Arctic blast at the ass-end of Winter, and that visions of Mardi Gras dance in your head tonight.

It’s not that cold here. But the gorge was shut down for 2 days and I was snowed in at Bears house for four. We are supposed to get another dose this weekend. We had a false spring in January. All the new little buds have died back. I hope they never return ok. Yikes on the migraines. I share your office ethics. Good for you for taking them back! Take care Churlita.

I swear I didn’t put that “never” in that sentence. Of course I want the little buds to come back!

Ha ha. I always write things incorrectly in comments. I need to edit every sentence about 5 times before I get them right.